The Benefits of 5-HTP 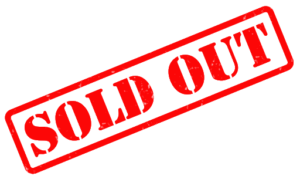 5-HTP increases feelings of fullness, causing you to eat less and lose weight. Weight loss can increase the production of hormones that make you feel hungry. These feelings of constant hunger can make losing weight unsustainable in the long term. 5-HTP may counteract these hunger-inducing hormones, working to suppress appetite. A study with people with diabetes were randomly assigned to receive either 5-HTP or a placebo for two weeks. The results showed that those who received 5-HTP consumed approximately 435 fewer calories per day, compared to the placebo group. 5-HTP inhibits the intake of calories from carbohydrates, which was associated with better blood sugar control.

The effects of 5-HTP on symptoms of depression have been well studied. 5-HTP supplements are thought to treat depression by increasing serotonin levels. Research suggests that the potential anti- depressive effects of 5-HTP are stronger when combined with other substances or antidepressant medications,

5-HTP is said to help with migraines. Their exact cause of migraines is debated, some researchers believe they are triggered by low serotonin levels. A study found that supplementing with 5-HTP daily for six months prevented or significantly decreased the number of migraine attacks in 71% of participants. In a study, 5-HTP produced a 70% decrease in headache frequency, compared to an 11% decrease in the placebo group.

5-HTP produces serotonin, which can be converted into the hormone melatonin. Melatonin plays an important role in regulating sleep. Its levels begin to rise in the evening to promote sleep and fall in the morning to help wake you up. Promotes a regular sleep cycle even if you wake in the middle of the night.

There are no reviews yet.

Be the first to review “5-HTP” Cancel reply